All fights from
Dragon Ball Z

Based on the manga by Akira Toriyama, the first episode of Dragon Ball Z aired in Japan on April 26, 1989. Even after more than 25 years, the anime is still extremely popular, with a filler-free refresh of the series that came out in 2009 and a follow-up series airing right now.

Dragon Ball Z follows Goku and his family & friends as they fight ever more powerful foes that want to rule the Universe / want to show they're the best / destroy Earth. Being a fighting anime many battles take place during the 291 episodes. Characters get stronger through battles and training. A typical aspect of DBZ is that sudden increases of power can be unlocked through transformations, the different Super Saiyan levels being the most well known. The first person to unlock a new transformation often achieves this through an intense event, such as the death of a friend in battle. Although successive characters typically manage to achieve the same level with less effort.

And, if you've seen the show, were you aware of how often Krillin participates in a fight? Or that Gohan doesn't actually fight a bad guy in between the end of the Frieza saga and when he snaps and turns Super Saiyan 2 at the end of the Cell arc? (that's more than 50 episodes!) Browse through all ±200 fights below to investigate the path of your own favorite character or, if you're new to the show, get an understanding of DBZ through its fights.

Each group of circles is a fight, where one circle represents one fighter | The main characters have been given their own color; Goku is the signature orange color of his tunic, whereas Vegeta is blue of course | Sometimes the circles have added strokes. These indicate successively more advanced & powerful forms, such as the Super Saiyan base, 2 & 3 forms.

The fights below are horizontally ordered per saga, with the first saga on the far left and last saga on the far right | The colored swooshing lines follow a character from fight to fight | A character fighting for evil has its swooshing line on the right side, while the good guys' lines are on the left | Hover over the fights & lines to see more information and discover who was fighting whom and in what other fights they appeared

Extra interactivity on desktop The visual above is just an image, but on a large screen you see the full interactive and get the option to hover over each of the fights and character paths to see extra information about the fight; who was fighting whom, what was special about the fight and in what other battles did these characters fight. 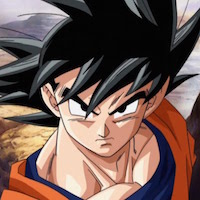 Check it out behind your laptop / desktop as well for an even more detailed look into all fights that happened in Dragon Ball Z.

The fight info was taken from the Dragon Ball Wikia pages for each saga. For relevance, a few fights were taken out of the above visual; the Garlic Jr. and Other World Tournament filler sagas were completely removed. Also the ±5 fights that happened in the anime only and didn't feature any of the Z fighters, happened in a nightmare or flashback were taken out.